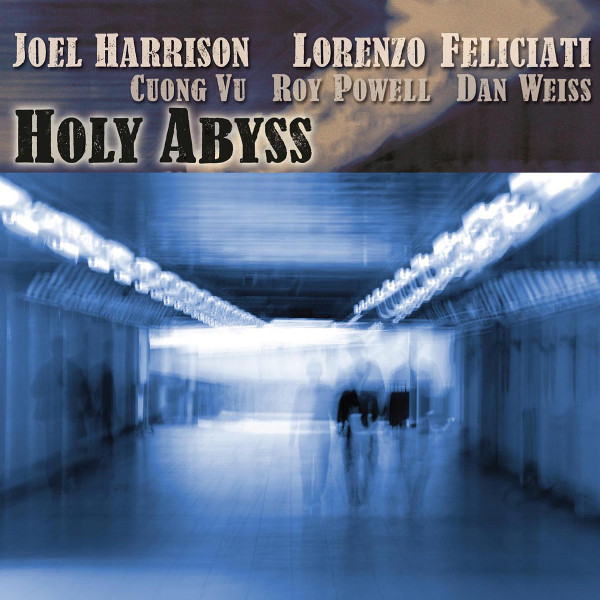 1. Requiem For An Unknown Soldier

Holy Abyss is a collaborative effort between guitarist/composer Joel Harrison and bassist/composer Lorenzo Feliciati. Joining them are trumpeter Cuong Vu, Roy Powell on Hammond B-3 organ and piano, and Dan Weiss on drums.

A masterful electric jazz outing from five great players, this group personifies the worldwide nature of jazz today. Joel Harrison grew up in D.C., moved to the west coast in the late 80s and moved to New York City in the mid 90s where he still resides. Lorenzo Feliciati lives in Rome, Italy but travels the world and has collaborated with Pat Mastelotto (King Crimson), Bob Mitzer and Donovan and many others. Cuong Vu was born in Vietnam, lived for a number of years in New York City and made his name as a member of the Pat Metheny Group in the 2000s. He is currently a professor at the University of Washington in Seattle. Roy Powell is from England and resides in Norway, where he works in a wide range of music, including mainstream, jazz piano, avant-garde and electric, funky jazz. Dan Weiss lives in New York City where he has recorded with many of the brightest, upcoming names there.

Harrison and Weiss have played together for many years while Feliciati and Powell also are longtime allies. Vu has recorded and toured with Feliciati and Powell, so even though this is the first recording by these five musicians together, there is a lot of built in chemistry. All share a love of modern jazz that is devoid of stylistic limitations, inclusive of sounds from around the world, infused with electronics, odd meters, and deeply hued, uncommon timbres and tonal palettes.

There is a wonderful symbiosis between Harrison’s and Vu’s sounds. Both favor piercing, gorgeous tones mixed with raw, nasty electronics, and that sound, mixed with Powell’s piano and Hammond B-3, is at once jubilant and hallucinogenic, crackling with energy, and then gently subdued. Weiss delivers his signature mix of driving groove punctuated by pithy, unpredictable asides, and the ever-solid accompaniment on upright bass keeps everything grounded.

This is a marvelous program of modern, tasty, tuneful and occasionally haunting electric jazz, reminiscent of some aspects of classic electric ECM work of the 70s and 80s.