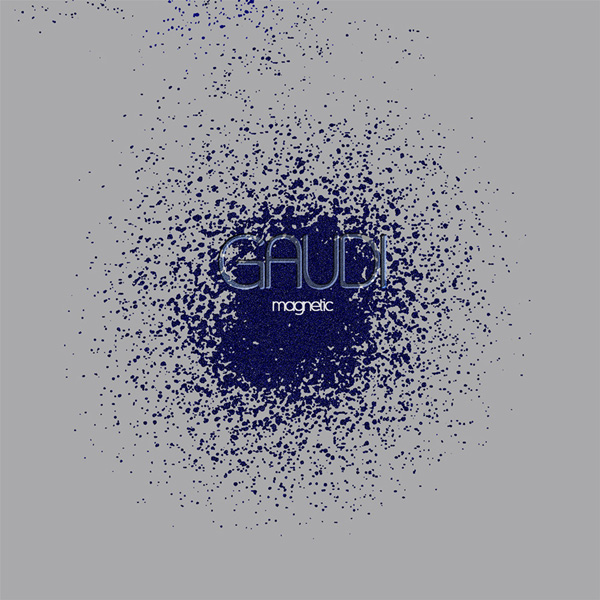 MAGNETIC is the exciting new album by London based music producer / musician GAUDI, which features a choice selection of sounds from the catalogue of internationally respected experimental label RareNoiseRecords, as well as direct contributions by several top caliber musicians from the worlds of rock, jazz and electronica.

The making of MAGNETIC truly was a creational challenge, even for a man who has been working to dissolve musical boundaries for over 35 years. The initial idea of the project was to compose an album of entirely new music using sounds from the RareNoise catalogue as his ‘orchestra of musicians’; over the course of its development it grew though into a full spectrum artistic interaction with a further array of international music giants, some of which GAUDI has worked in past with.

Best loved and noted to date for his genre blending and high quality dub-centric productions, in MAGNETIC, GAUDI has shown us another aspect of his musical self, other ranges in his musical landscape and he has done it with an all-star cast of supporting musicians.

The list of artists whose sounds were initially chosen by GAUDI from the RareNoise catalogue of releases or who successively added their sounds and skills to the overall project reads like a ‘who’s who’ of musical talent and gives warranted indication as to the quality of the ingredients; They include bass legend and producer extraordinaire Bill Laswell, psychedelic prog-rock bassist Colin Edwin of Porcupine Tree fame, drummer Steve Jansen (of Japan fame), Ted Parsons, the drummer from cult band Killing Joke, Roger Eno on piano, Tony Levin on bass (best known for his work with Peter Gabriel and King Crimson), Grammy award winning Eric Mouquet (aka Deep Forest) on grand piano, drummer extraordinaire Pat Mastelotto (known for his work with XTC, King Crimson and David Sylvian), celebrated Italian bassist Lorenzo Feliciati, innovatory avant-guard guitarist Eraldo Bernocchi, post-punk experimental guitarist Buckethead (collaborator with Guns ’n’ Roses, Bootsy Collins, Iggy Pop), drummer Nikolaj Bjerre from Lamb, multi-instrumentalist Jamie Saft on bass …to name but a few! (For the full list of featured artists please see below). GAUDI, alongside programming and production, returns to his roots as a pianist / keyboard and Theremin player, playing here his full arsenal of vintage analogue synthesizers.